Publish date: Jul 1, FIG. Acid Pro 7 offers a slew of enhancements, including a more flexible mixer, better Beatmapping, and superior pitch- and time-shifting. From its humble beginnings as a remixing tool, Acid Pro has matured into a full-blown audio workstation featuring multitrack recording with video sync, a robust MIDI sequencing suite with virtual instrument support, mixdown automation and plenty of other production tricks. But Acid has had some stiff competition along the way. 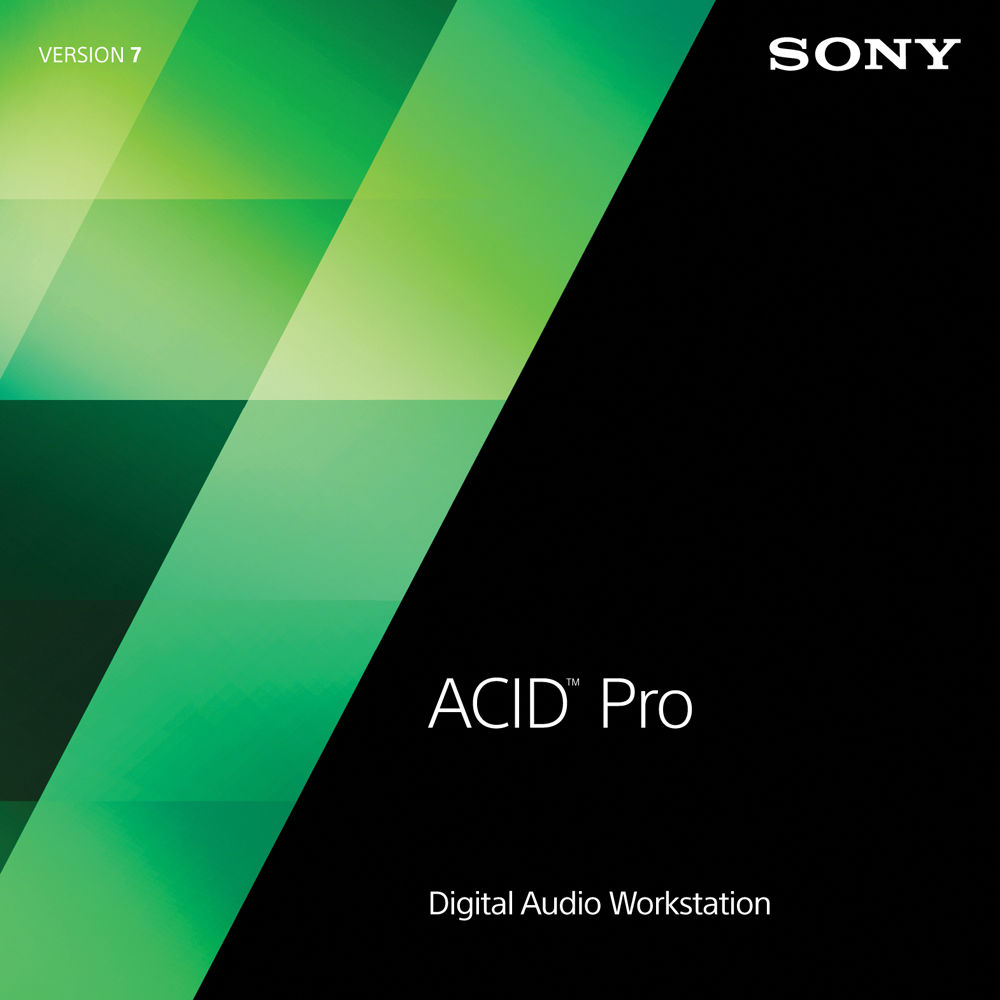 Shares Our Verdict Balancing ease of use and power, this is a great update to a solid app, though it’s not likely to convert users of other DAWs. Pros A proper mixer, at last! New plug-ins are a boon. Good multimedia capabilities. Multicore support. Interactive tutorials. Still no built-in audio editor.

Image 1 of 2 The basics of Acid’s interface remain largely unchanged. Despite this, the ability to quickly create arrangements by importing loops which are automatically synced to the project tempo and drawing them onto the sequencer track remains Acid’s staple mode of operation.

Furthermore, its ease of use has arguably yet to be surpassed by any other sequencer. In recent years, however, Acid has been eclipsed by the all-singing, all-dancing Ableton Live, which offers a more sophisticated approach to loop sequencing, can beatmatch seamlessly in real time, features an array of dedicated effects and instruments, and is cross-platform Acid is PC-only.

Mixer Acid Pro 7 ups the ante with numerous additions both big and small. The most important of these is the new mixer. In previous versions of Acid, the extremely basic mixing section displayed just the master and bus channels, with the volume levels and other parameters of audio tracks only available via the tracklist on the left hand side of the sequencer window. Quite how Sony managed to get away without having a proper mixer in its software for so long is anyone’s guess, but we’re sure that Acid Pro users will be overjoyed to finally have such an elementary feature added to their DAW.

Overall, the new mixer makes balancing, routing and carrying out other fundamental tasks that much easier, so we’d say that it’s a success.

Most notably, the zoom function that enables you to change the size of all tracks simultaneously with a single slider works a treat and is something that we can imagine cropping up in other DAWs.

Other additions While we’ve first dealt with the most obvious improvements, there are others that further help Acid hold its own as a serious piece of music production software.

For those intending to use Acid’s multitrack recording abilities, the addition of input busses and real-time rendering will surely appeal. These enable the user to record external devices with effects, mix a variety of audio sources within the project and perform real-time input monitoring – all of which helps to make Acid feel more like a thoroughbred DAW. Also, Acid’s beatmapping now allows for tempo variation in audio, which isn’t before time when you consider the flexible warping abilities that Live has had for years now.

However, it has to be said that Ableton’s software is still a much more efficient solution when you’re working with non-sequenced material.

Video An addition aimed more at Acid newbies, rather than experienced users, is the suite of interactive tutorials. These are a great touch for anyone who isn’t au fait with the software, and use overlaid graphics to make their points as plainly as possible. They’re not perfect, though. New users might wonder why there’s no Paint Clip Selector displayed on their selected track, and there are no visual clues to suggest that zooming in or increasing the size of the track will make it appear.

Despite these small niggles, though, the tutorials work well and do a great job of making the software inviting for new users. Summary These enhancements are all very useful, but whereas Acid was once a genuinely innovative product, it seems that Sony is now playing catch-up with other developers, rather than breaking new ground. However, it does contain the interactive tutorials, and if you go for the boxed version, you get the same library of over high-quality samples that Pro users get.

If you’re already an Acid-addicted producer, this one is definitely worth the upgrade fee, but if you’re looking for a loop-savvy DAW, then Ableton Live 7, which is arguably a more accomplished piece of software, can be picked up for around the same price.

Still, Acid’s straightforward presentation and clear, easy interface are sure to be highly attractive to those who are put off by Live’s plethora of advanced features.

What’s more, Acid is a convenient tool for multimedia audio production, and users of Sony’s Vegas video editing software will feel at home right away. Taken as an update, Acid Pro 7 is very good, but Sony still has work to do if Acid is to catch up with the current crop of do-it-all DAWs.

The best of MusicRadar in your inbox Don’t miss the latest deals, news, reviews, features and tutorials No spam, we promise.

You can unsubscribe at any time and we’ll never share your details without your permission. Most Popular.

Professional Multitrack Recording For uncompromising bit, kHz sound quality production live or in studio, ACID Pro 7 software has an expanded set of features for maximum audio performance. Whether you’re recording your band or creating MIDI-based studio sequences, ACID Pro 7 software is the optimal platform for reliable multitrack recording and production: All note and controller data can be recorded and edited on the timeline as easily as audio tracks. Use track envelopes to automate and modify modulation, expression, or other types of MIDI controller data over time. Other features let you record multiple tracks of MIDI, apply real time MIDI quantization, perform filtering and processing, create and edit drum patterns, and step record. Specify routing, assign audio effects, and use external effects processors with tracks and busses.

VIDEO: How to Save As an MP3 in Sony Acid Pro

Sony Acid Pro 7 adds a new mixing console, enhanced Beatmapping, MIDI Track Freeze, Elastique Pro time-stretching and much more a great. When Acid first appeared almost a decade ago, there was nothing else quite like it – it made loop-based music production more accessible than. Acid Music Studio 7 is a recording and editing music software that allows you to easily create all types of songs with a ACID Music Studio. Sony. 1.