Should IT Double Down on Windows 7 and Office 2010?

Gallery options change based on the content in the clipboard and the app into which the content is pasted. Users can also export or import any customization changes made to the ribbon to facilitate backups, deployment, or sharing, or reset all ribbon customizations. The new icons are based on colors that correspond to their respective apps, as per previous releases, with an increased emphasis on app letters. From the Backstage view users can also save documents directly to remote locations within Excel, OneNote, PowerPoint, and Word to facilitate remote access and co-authoring sessions. 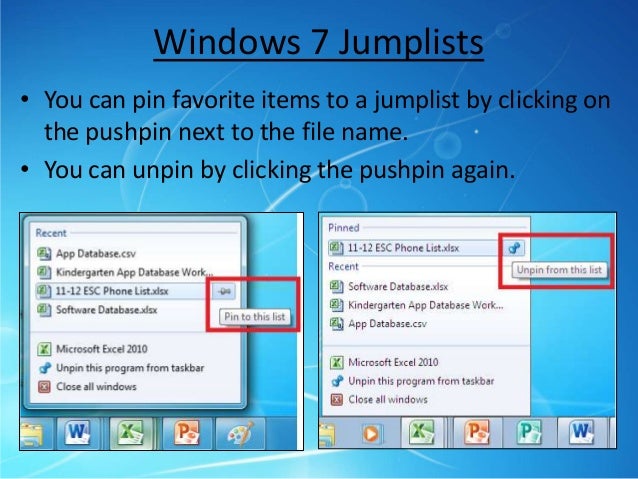 Windows 7 is like Windows XP 2: Sadly, I think he’s right, although I have to wonder about an alternate future in which IT embraces touch-based tablets and cloud services, and pulls systems management out of the Dark Ages. Assuming Windows 7 doesn’t get any lifecycle extensions like XP did, that means until January , when Windows 7’s extended support phase ends. And Office , meanwhile, is supported through October In his view, which I also think is correct, the Windows desktop is on “life support” while Microsoft will push forward with the Metro environment.

This kind of standardization is certainly enterprise-friendly, and of course a far cry from the forward-leaning “rapid release cycle” that Microsoft is touting for its current products and services. And it will be enabled by Microsoft’s decision to kowtow to demands of enterprise customers a decade ago, when it began stretching out its business product lifecycles.

XP, of course, is a special case, and its own lifecycle was extended a few times in order to make up for the delays in delivering Longhorn and then because the resulting release, Windows Vista, couldn’t run on the mainstream PCs then in use in businesses.

Fully one half to two thirds of the audience is still nursing XP installations back at the home office. This probably isn’t surprising to you. But with Microsoft now pushing forward aggressively with its devices and services vision—and that rapid release cycle it’s so proud of—the thought of enterprises standing down again, this time with Windows 7, has to be sending chills down the collective spines of the firm’s evolving executive teams.

That it’s happening in the midst of the worst-ever and longest-ever PC sales downturn in the history of the industry is likewise not hugely inspiring.

According to analysts at Gartner and IDC—I typically average their measurements—PC sales declined in the third quarter by 8 percent year over year to 81 million units. The worst news? It was the sixth straight quarterly decline. Enterprises that standardize on Windows 7 could trip up PC sales even further.

After all, there’s precious little reason to upgrade the hardware if you’re going to continue running the same software for the next several years. This, in turn, will lead to a greater shift from PCs to tablets, overall.

And since Microsoft isn’t even remotely competitive in that device category yet, it could lead to deeper troubles for Windows, and thus for all of Microsoft—and for the entire user base, since we have all built careers around this company and its products.

That’s a cute little Catch, no? It gets worse. Over time, of course, businesses will have to update or replace their own in-house apps and intranet solutions. And when that time comes, IT will survey the user base and plan accordingly. In the world of —let alone —it’s hard to imagine many businesses betting on Windows 8’s Metro environment, which is currently immature and unpopular.

Devices that run this environment are few and far between, and although they’re getting better all the time, many find them to be strange compromises between “real” PCs and tablets.

I feel like we’re seeing a self-fulfilling prophecy in action here. But when the time comes to upgrade in the future, they’ll latch on to alternative mobile platforms instead of the Windows 8 platform that Microsoft released last year to address this very trend. So should IT embrace Windows 7 and Office for the next several years? Hell no. But I suspect that is exactly what’s going to happen.

A complete productivity package to carry out any office task

In spite of a few driver and application compatibility problems, bit Windows 7 promised faster speeds, access to more memory, improved security, and the ability to run a whole new crop of killer bit applications. Well, I have seen the future of bit killer applications, and it ain’t pretty. Those of you who get your bits through Software Assurance already have access to both the bit and bit flavors right now. Whether you love Office see the Test Center’s Top 10 Office features for business or hate it, make sure you understand the problems people have encountered before you entrust a real, production machine to the bit evil twin. The OS requirements are quite exact. You can only install bit Office on a sufficiently updated bit Vista, Windows 7, or Windows Server machine.

After years of standardization on Windows XP, IT will predictably standardize on Windows 7 (and Office ) for the foreseeable future. For consumers running bit operating systems, the bit version of Office is compatible with Windows 7, Vista with SP1, XP with SP3. Microsoft Office includes essential productivity apps such as Features ( Windows Vista, 7, 8), or Add/Remove Programs (Windows XP).